Doomsday on the Rocks My Rode Reel 2017

A stranger walks in to a bar. Things get weird. This is a tribute to the TWILIGHT ZONE series which was a huge inspiration to me when i was a kid.

A very quick look at the set and gear used to create our ultra low budget sci-fi film. The project began two days before the competition deadline. The crew worked tirelessly to come up with an idea, write, shoot, edit, and mix the film in two days. We really came down to the wire, submitting the film with only three minutes to spare! We shot the film on a borrowed Sony A7sii mounted on a rented Libec jib to move the camera around with ease. A set of Rokinon lenses were used, though we mostly stuck with the 50mm. Most of the lights were modeling lamps with poster board tubes wrapped around the bulbs to direct the light. All on set audio was recorded with a RODE NTG-2 shotgun mic mounted to a deluxe PVC pipe with duct tape and a Zoom recorder. It was difficult to keep the mic close enough to the actors to get clean sound due to the giant mirror that was part of the set. It took about eight hours to cut, grade and mix the film using Final Cut Pro X. We ended up cutting half of the story out as we ran over in time, but were able to keep the story cohesive. And I'd like to add a huge THANK YOU to the crew, most of whom have never worked on a film before, but you'd have never known it! Also thanks to Brainchildren Creative Studios for lending us the gear to get it done! 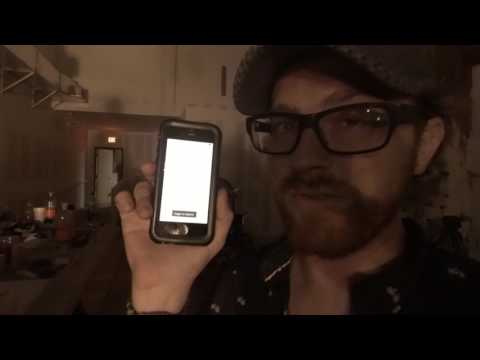