After saving a cat as a child, Super Stevie still believes he is destined to be a hero.

We used a Canon C100 for the whole film. The sound equipment we used Rode NTG3, Rode Lav, Rode Boom Pole, Rode Blimp System, Rode WS7, Zoom F8, Sennheiser ew 100 ENG G3 Wireless Transmitter and Receiver. The lighting in the exteriors is all natural and the interiors used red heads.
All interior and exterior scenes were filmed in Williamstown and filmed in one day.
The film technique was shot similar to Edgar Wright style, with Whip pans, tracking shots and closes ups. 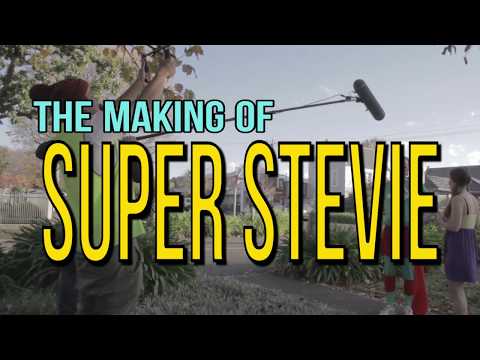