'The Bridge' is a short film about a boy who met his demise whilst out on a walk through seemingly harmless woods. The tale follows a father, lovingly telling his child the story of the boy, however it takes an unexpected turn, when an uninvited guest arrives.

The camera we shot this on was a Canon 1200d, which I have used for years now. We captured the audio onto my phone and then transferred that into Adobe Premiere Elements, the software that I used. We shot it in two different locations, a bedroom within our house and a local forest that was just perfect for the bridge shots. A lot of the shots in the bedroom scenes were taken with my Neewer slider in order to add movement to the frame to try and decrease the boringness of some more mundane scenes, I also used a steadicam and shoulder rig to get some of the more smooth shots in the forest scenes. It was the first horror film I have ever made, and therefore a lot of the tension came from post-production sound editing, however things like breaking the 180 line rule allowed tension to be built up without effects in post. Also, almost all of the shots were darkened in order to add more tension into the film. The video micro was incredibly useful to be able to hide on set in order to get clear audio from the actors by being very nearby to them. 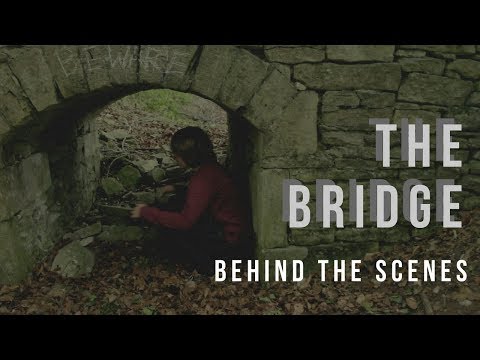