There is a problem, the whole world suddenly falls asleep and slowly dissolves into nothingness, but one boy doesn't dissolve. Instead, he wakes up from his sleep. He wanders around his area trying to work out what has happened, unknowing that he is running out of time. He tries to break into a house to get some food and water. The boy suddenly feels weak and sees a flashback of what the TV was showing before everyone fell asleep, then he falls asleep, and slowly dissolves into nothingness.

The Behind the scenes was shot during breaks in the making and during the actual filming of the movie: Alone. We filmed the movie on a practically 'empty of life' road and in the nearby park during periods where there were few people. The final scene was shot at my house where we pretended to break in and loot the house. Most of the footage was captured while the DSLR was on the Neewer Carbon Fibre handheld stabiliser which gave the satisfying gliding effect in the shots where the camera had to move in front or follow the actor. A drone was also used during filming but not many clips from it made it to the final cut. The whole shoot took us about 3.5 hours on one day and editing has taken us approximately a week after that. Almost all of the editing for Alone and the Alone BTS was done on DaVinci Resolve 12 by Daniel Jidkov but some of the clips were expertly edited together in After Effects by Nat Cecil. The main actor was Nat Cecil and the cameraman was Daniel Jidkov. 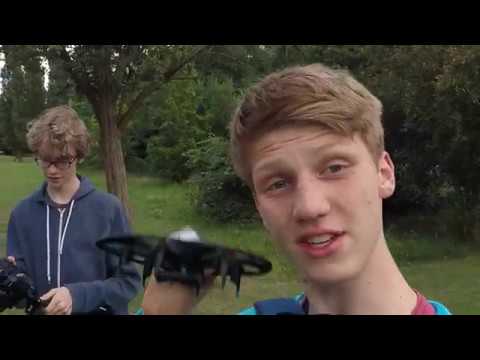