Kylon joins Seagan and Thomas as they make their way to the courthouse to do skateboard tricks. Unfortunately, Seagan falls and hurts his arm when trying to accomplish a five-stair jump. Thomas's dad comes to pick up all three of the boys and takes them to get X-rays of Seagan's injured arm.

Seagan and Thomas showed up at my house at around 8 in the morning and asked if I was available to hangout that day at the courthouse. Obviously, I said yes and ran to my room to grab my Nikon D5500 with the 18-55mm kit lens. Connected to the camera's shoe mount was my trusty and compact microphone, the RODE VideoMicro. This microphone, even though it could fit in the palm of my hand, offered great audio at an amazing price. After I grabbed my bike, we set off for the courthouse. I used my camera to record the main shots, and Thomas used his GoPro Hero5 Session to get the shots for Behind the Scenes. The doctor's office that Thomas's dad brought us to is actually owned by Thomas's Dad himself. In the end, Seagan's X-rays showed that there were no broken or fractured bones. All music used (with permission) in both the main video and the BTS was produced by Majime. None of the video was scripted or planned ahead of time. It goes to show that RØDE products can be used to make a great movie anytime and anywhere by anyone. 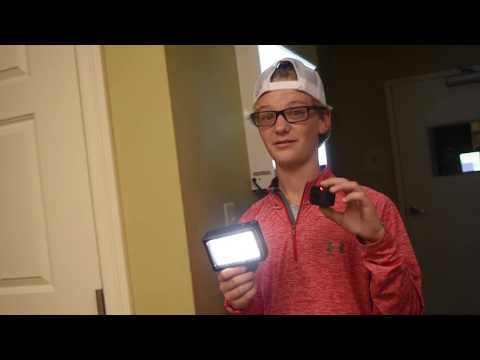 FILMING OUR FRIENDS WEDDING the VLOG | MY RØDE REEL 2017