The guys are ready to shoot a documentary interview, when the Director arrives, he is very impress with the set but rejects the microphone on set and demands for another microphone precisely a rode mic else there would be no production for the day.

This is behind the scene of the short film THE PROFESSIONAL. The film was shot a day, we used one side of our office for the set.
I used the rode videomicro microphone to capture the sound also had a NTG2 on set, we had three canon cameras on set but I used canon 6D (50mm 1.8f & 18-55mm 3.5-5.6f) for the film. I shoot hand held using my DIY rig. Edit and color grade with adobe premiere pro cc. the background music is from music bed. 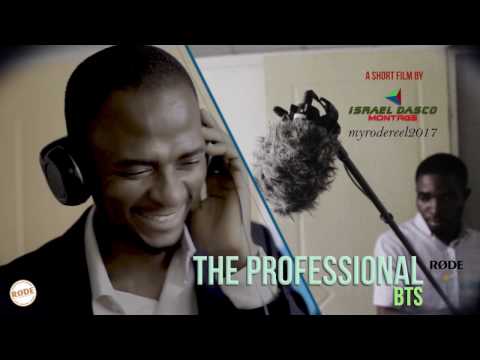 WHEN I GROW UP myrodereel2017

THE NUMBER ONE my rode reel

Tonia Godwin Around The City