"If You Give Yourself Limitations, It's Going To Clear a Pathway For You": Short Filmmaking Tips From Ryan Connolly

My RØDE Reel is back and bigger than ever with a monumental $1 million in cash to be won, plus heaps of RØDE microphones, awesome filmmaking gear and other prizes from the world's leading filmmaking brands.

To enter, make a 3-minute short film (plus a behind-the-scenes film featuring a RØDE product) and submit it before October 7. Aside from that, the brief is totally open – use the prize categories to inspire the direction fo your film.

Below, My RØDE Reel judge and eminent filmmaker and educator Ryan Connolly shares his wisdom on short filmmaking, sharing tips on everything from creating tension in just a few minutes, to the virtue of limitations.

Ryan is best known for his educational web series Film Riot, which has gained over 1.6-million subscribers covering everything to do with the filmmaking process. He has also written and directed 15 short films, including PROXiMITY, SENTiNEL, BALLiSTIC and, most recently, There Comes a Knocking. Collectively, his short films have amassed over 10-million views. Currently, Ryan is working with 3Arts developing feature films.

Learn from the master below. 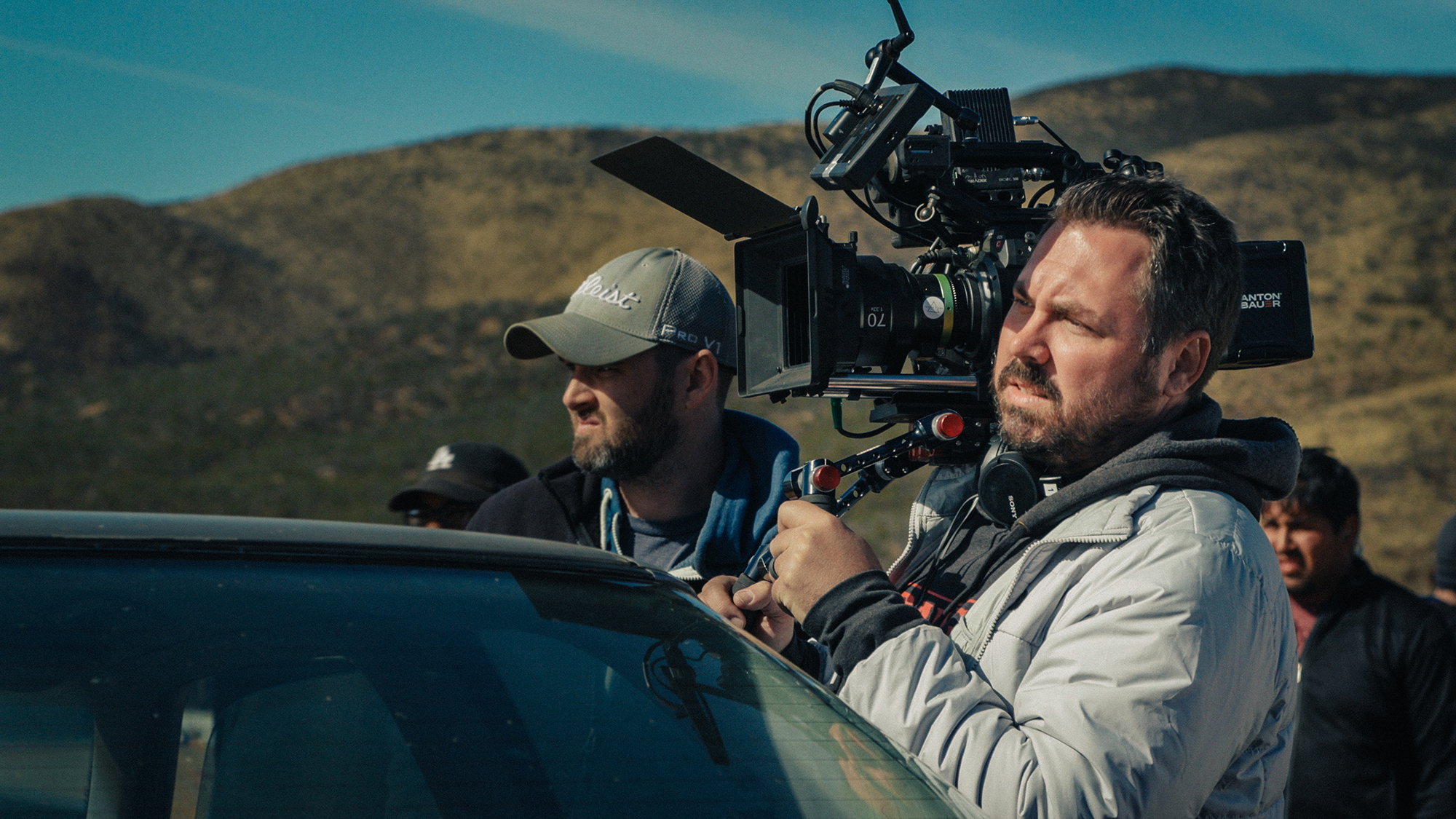 What's the most powerful element for creating tension in your short films?

You have to connect your audience to the characters you want them to be concerned for – if you don’t, that tension will never come. If you can build a relationship between the audience and the material, then you can start to play with those emotional strings. I think that idea works the same way for comedy, drama, or whatever emotional reaction you're wanting to pull from your audience.

Empathy is a huge factor in this, if they can empathize with your character's situation or who they are, they can see themselves in it, then you can really craft something that will build that tension for your audience. Of course, it won't work for every audience member since you are painting with your own personal lens – some people will relate to that lens and some won’t… that’s just the nature of it.

How do you make the most from a project that has clear limitations, whether that's access to funds, gear, or crew?

It's been different with every project. Some projects have had a decent amount of resources, some have had absolutely none whatsoever. Just three short films ago in 2017, I made a film called SENTiNEL that had pretty much no resources at all. It was just a middle-of-nowhere short film that I always like to say cost me sandwiches to make, and I think six or seven people on location. It's just “here's what I have”, so what can I make with what I have?

And if you go back even further, in 2013, I made a short film called PROXiMITY. That one came about after a much larger short film that I was constructing fell through. It went from making something with a massive amount of resources to zero resources and around $300. I had a location that was in the middle of nowhere… So it just left me thinking “what could I make with what I have?”

If you have no resources, then that's a very important thought process. If you have access to a coffee shop, ask yourself what story can take place within that coffee shop.

Even in the feature realm, right now developing films for very large production companies and studios, if you have a complete universe of possibilities, if there are no restrictions whatsoever, it's very difficult to hone in on a specific idea to develop, because anything is possible. If you start giving yourself limitations, it's going to start clearing up a pathway for you to travel down. And maybe those things shift over time, and maybe that initial idea curves and becomes something else entirely… But giving yourself limitations can focus you in on a specific path instead of it just feeling like marbles scattered out all over the floor.

What's an important lesson that stuck with you in your 15 years of filmmaking?

I think the main lesson is collaboration, leaning into collaboration. It took me a while to have the confidence to collaborate with people. I really do think that is what kept me from collaborating for quite a while. At first it was that I didn't know anybody. I was making things by myself without any connections. But eventually there were people I could reach out to.

I think it was because of a lack of confidence in my own ability, since to really collaborate with someone, you have to be open about you do things. You have to let them into that filmmaking process with you. Which lets them peek behind the curtain – and you feel like, “oh, they're going to think I'm a hack, they're going to look down on how I do things, I won't be able to hide how much I screw up, or how much I don't know.”

But not realizing that all of us screw up constantly within the process and none of us fully know what we're doing. The edit saves everyone. That's just the nature of the beast.

Finally getting that collaboration and leaning into it allows you to create things that you never would have otherwise. It opens the doors to new and better ideas. It's a great way to educate yourself as a filmmaker because you are leaning into other voices and other talents that will then build your experience and your talent.

How do you separate your good ideas from your great ones?

That's a really tough question and I'm not entirely sure that you can. For instance, if you go back and look at the making of Jaws, which is a conversation I have with friends a lot – did Spielberg and company know what they had when they were making it? Based off things that they said and how production went, I don't think they knew they were making an absolute masterpiece that would be iconic and hold up to this day.

So really, it's about how you separate good ideas from bad ones, which is also difficult because you're the one coming up with that thing… But just like everything else, I think it hinges a lot on experience. The more you exercise those muscles, the easier it becomes to recognize a good idea from a bad one. One of the best ways for me is to pitch those ideas to someone in person, just saying it out loud, even before hearing their reaction to that idea (very similar to showing someone your edit) you start to see it in a different way. When you say your idea out loud to someone, you realize, where it's lacking. You see where there are logic issues, where it's kind of boring, and what's working and what isn't. That definitely helps me figure out where there's a good idea and where there's a bad one…

Getting that feedback is really crucial – and of course following things that you're passionate about because maybe the idea and the way that you're articulating it right now isn't great, but there's something there. There's a kernel there of something that's really cool, that stuck with you, that you're passionate about – just keep chasing that. If it's something that you can't get out of your head, then that is probably something worth continuing to take a crack at. Oftentimes, there’s a diamond underneath all this coal that you just need to break through, and that comes with a lot of trial and error.


Why do you gravitate toward the action and sci-fi genre for your short films, is there a reason you think these styles fit the format?

I don't really think in terms of genre when I'm coming up with an idea or a story. Usually it's something that sparks from a character, a moment, a specific concept, or a theme and then everything evolves out of that. The kernel of the idea starts differently every single time, but it's that idea and story that decides its genre.

So for me, it's the project itself that decides the genre, not the other way around. I don't think there's any one genre that works best for a short format. Although, if you're trying to create a proof of concept for your first feature, of course there are genres that are different pathways or easier pathways into that feature world as a first time director, like horror. But other than that, it's never really dictated by genre. The only time it has been is when I'm trying to build experience for myself in a certain area… since ultimately, the end goal is feature film.

Entries for My RØDE Reel are open now and close Wednesday, October 7th, so get filming! Head to myrodereel.com to find out more and download your starter pack

Share Your Next Great Idea on TikTok For a Chance to Win $10,000 in Cash